Meg Bernard IS a small girl, living in a crazy world.

Meg is a mother of 3 amazingly tall teenagers; each with their own set of unique, high needs challenges. She has been a singer/songwriter, clothing designer and seamstress, public speaker, author, advocate, educator, planner of events, lover of life and people, and describes herself as a creator of ‘things that were not there before’. In a former life (pre-PD) Meg was also a skydiving, Kung fu fighting, daredevil, mountain climbing, cliff jumping, member of Navy seal special operations forces (okay…the last one isn’t true, the rest, surprisingly are), but now finds that she experiences the same amount of adrenaline by attempting to cut potatoes without requiring stitches afterward.

At age five, when asked what she wanted to be when she grew up, Meg decided that her job was going to be making a difference in the world. She wanted to show love to each person and to be a voice for those who didn’t have one. She wanted to bring joy and sunshine into people’s lives and leave this world a better place than when she came into it.

By age 14  “Meg’s foundation to change the world” was born…which (she was informed) was a rather vague and unfocused approach, but, says Meg “that’s because I hadn’t yet figured out what it was in the world that I specifically needed to change”. This was followed by many years of giving and searching, always believing she would be in the right place at the right time when she was needed most, which is what always seemed to happen.

After being diagnosed with young onset Parkinson disease at the age of 33 Meg turned much of her attention to raising awareness for people with PD and more specifically for people diagnosed at an early age. She began using her songwriting and performing as a tool to raise awareness, and as an outlet to show her love for and uplift those who share her disease. She uses her public speaking with the hope of motivating others and her writing as both a cathartic tool and as a way to share her story with the hope of inspiring even one person (hence this extraordinarily unusual blog); in turn, making the difference she has so long for desired. “It just took my getting the disease for me to discover what I most wanted to do” says Meg “By having the disease myself, I have been blessed with a kind of empathy and compassion that I wouldn’t otherwise have; not only for people with PD, but for all those who struggle with the challenges that comes with living a challenging life. I have finally found where I can make a difference…I just didn’t plan on being so tired while doing it!!!”.

In December of 2014; a rare and extreme version of one of the complications of PD caused the paralysis of Meg’s stomach, which caused her to stop eating or drinking by mouth. Meg received a lifesaving Gastro-Jejunostomy feeding tube which bypassed her stomach providing a way to give formula, water, and medication directly into her small intestine. This was a difficult and life changing experience, but one which has created, yet again strength and growth.

Over the following 18 months the paralysis worked it’s way through Meg’s digestive system, ultimately making it impossible to receive an adequate amount of life sustaining nutrition. It was decided that this nutrition would now need to be given intravenously.

In July, 2016, Meg’s first Broviac Central Venous Catheter was inserted and she began the journey of the ‘TPN Home Nutrition Program’ enabling her to eat intravenously from home. This program allows her to continue actively playing the role she is most passionate about; mother to her children.

This blog will be a mixture of many topics, stories and experiences…all from the view of a small girl in a crazy world…and oh yeah, she has Parkinson’s. 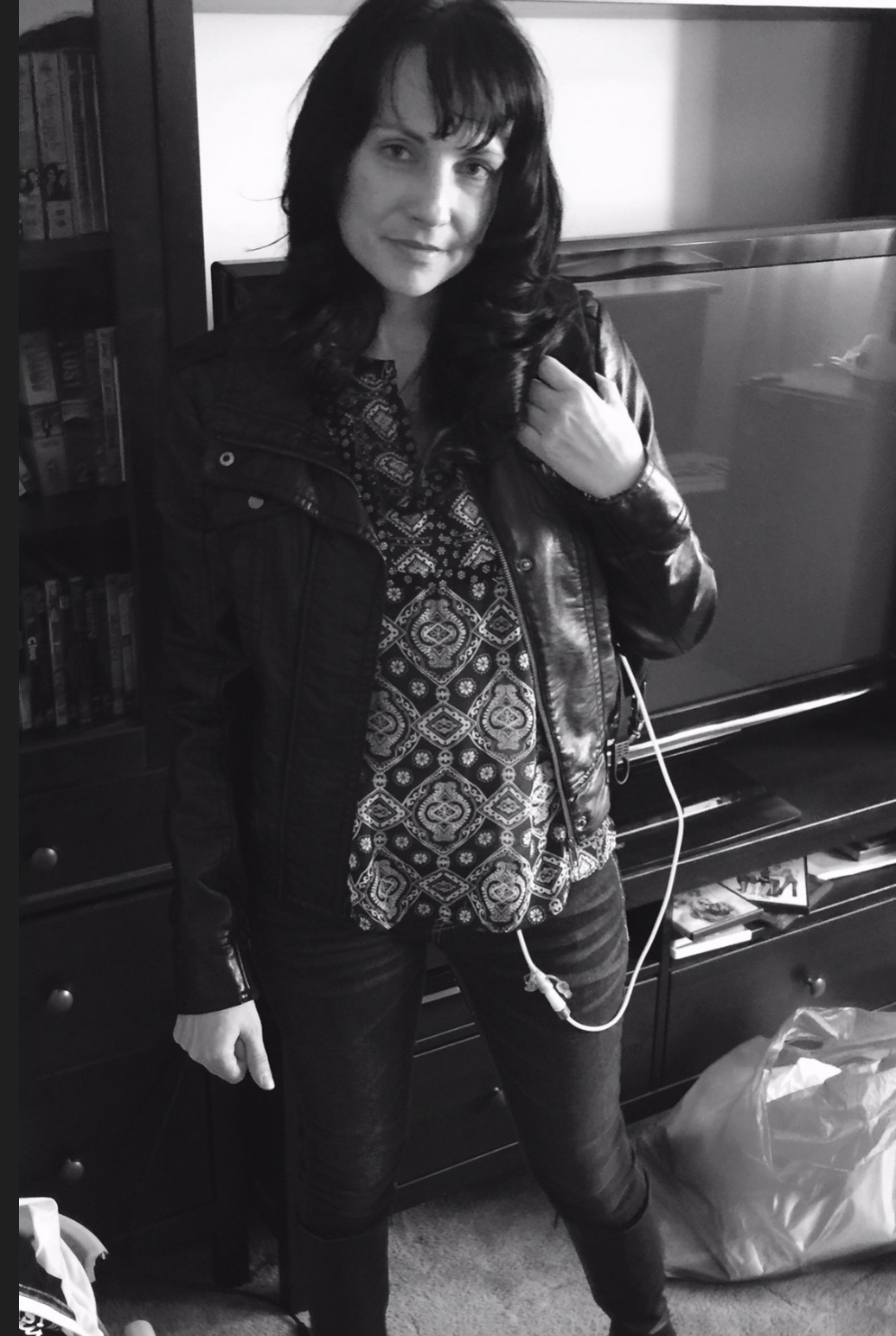 Small girl with her constant companion…

3 thoughts on “About the small girl”