I saw a posting about shoes earlier today…
As a vertically challenged individual I, very early in life, became a master of walking in anything up to height of 4″ heels. I even wore them pregnant; hey, if JLo could do it, darn it, so could I!

My challenges with balance hit early in my PD career and about 2 years ago, after a few MAJOR catastrophes, it became very clear that I needed to make two important changes in my life; the addition of a cane, which, by the way, has created a fun new way to accessorize; followed by a mighty, out with the heels and in with the flats.

At first it was simply a sad new reason to shop; but quickly became the discovery of a whole new world of possibilities; finally ending with a wholehearted embracing of my smallness!! I love flat shoes!

Parkinson’s may have tried to trick me into thinking I was losing something…HA!…joke’s on him!! 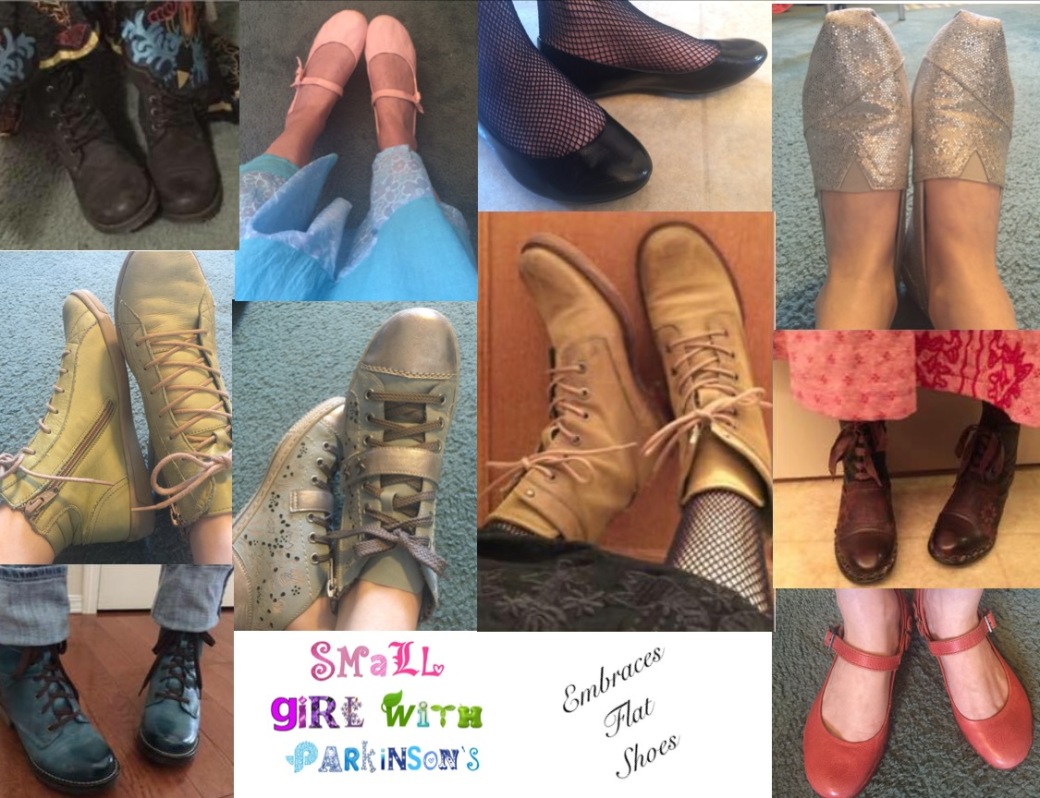 A selection of my favorites!